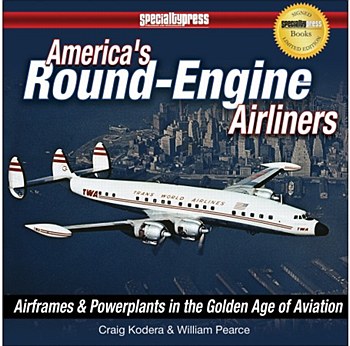 012530
Some of the most significant engineering and technological breakthroughs of the 20th century centered on the development of piston aero engines from 1920 to 1957. This book explains in detailed, well-illustrated, and easy-to-understand terms how these piston-powered radial-engine airliners advanced rapidly. The aircraft originated with fabric-covered fuselages with wooden wings and morphed into all-metal Ford Trimotors as the world's first true modern airliner, the Douglas DC-3, long-range four-engine transoceanic flying boats. Finally, the ultimate Queens of the skies Lockheed Constellations, Douglas DC-7s, and Boeing Stratocruisers flew at the zenith of the piston age in the mid-to-late 1950s.Many magnificent aircraft bridged the gap from small single-engine airliners carrying six passengers in the 1920s to large long-range, four-engine landplanes carrying 60-to-80 passengers and linking all the world's continents by air in the 1950s. This book not only traces the technical evolution of every radial-engine powerplant used over that time span but also includes interesting and fact-filled sidebars that detail what it was like flying aboard each generation of these aircraft. In 1948, the largest radial piston engine ever produced entered airline service, the mighty 3,500-hp 28-cylinder Pratt & Whitney R-4360; it is one of 12 different radial engines covered in-depth in this book.
Hardback 216 pp